Sinamale Bridge connects the islands of Hulhumale, Hulhule and Male, the capital of the Maldives.  Velana International Airport is on Hulhule and so you can now easily get a taxi to Male or take a stroll over and enjoy the views. 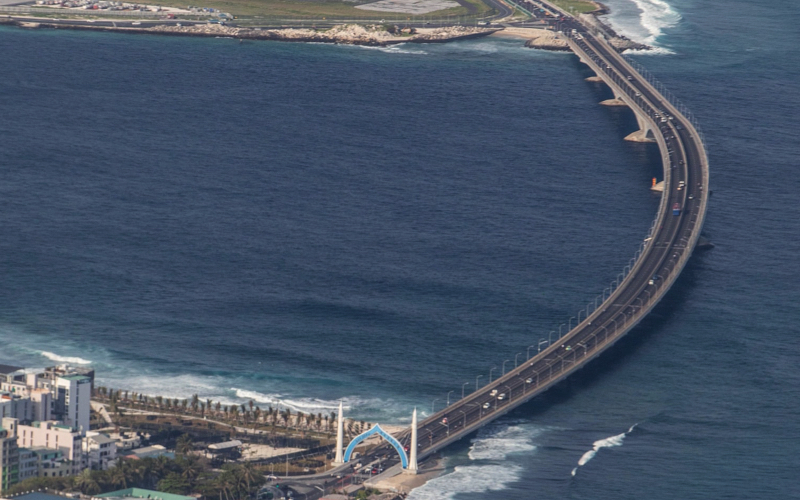 Also known as the China-Maldives Friendship Bridge. Construction started at the end of 2015 and took 33 months. It is estimated the bridge cost 210 million US dollars and was funded by the Chinese government. The curved bridge is 2.1 km long and 20.3 metres wide. It has 2 car lanes, a separate lane for motorcycles and a pavement for pedestrians. The speed limit is 50km per hour.

Opened on 30th August 2018. The bridge means that locals living on Hulhumale Island now have easy access to Male and do not have to rely so heavily on the ferry. The bridge has had a particularly positive impact for students who live in Hulhumale but have to travel to Male for their educational needs. It has also greatly benefitted Maldivian’s who live in Male and work at the airport. 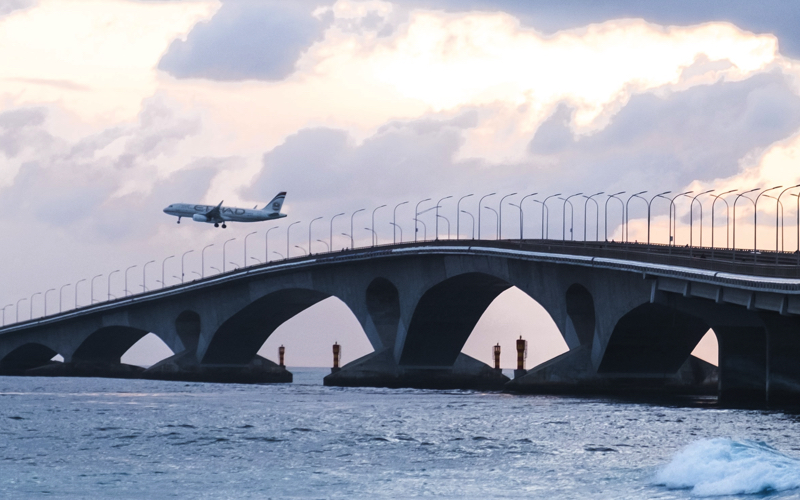 The Sinamale Bridge is constructed in 46 metre deep waters, with a long surge cycle and a very complicated coral reef geology. This made the project particularly difficult in the initial stages, with large waves coming towards the construction workers. This was overcome, by using a lookout, who shouted when large waves were coming towards the workers, and they could then hold their welding equipment up, to avoid it getting wet.