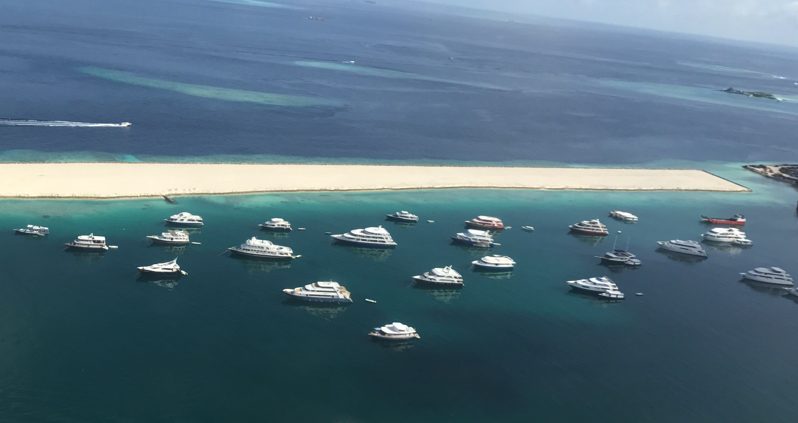 Malé is the capital of the Maldives. It is the most populated city in the Maldives.  It is found at the southern edge of North Malé Atoll (Kaafu Atoll) It was formerly known as Mahal. The island group, the Maldives, is named after the capital. The word “Maldives” means “The islands (dives) of Malé.  The central part of the city is made up of the island of Malé. Three other islands also form a part of Malé. The centre is very over developed,  the whole of this part having been built on. In fact this small island is the 5th most densely populous island in the world.  Over the last few years the island has been extensively increased due to landfilling processes.  Also in the past years, with the struggle for democracy, it has been at  the centre of political disputes. 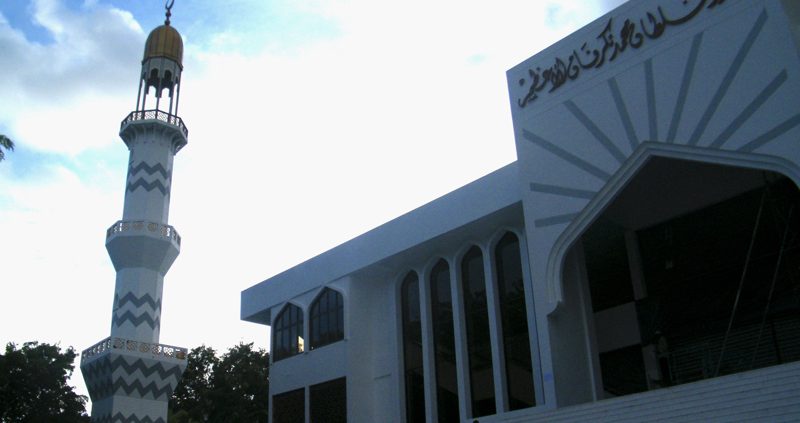 There are quite a few tourist attractions and nearby resorts. The central harbour and the port of the Maldives. Although the Royal Palace was ruined along with the attractive castles and strongholds, the wonderfully adorned Malé Hukuru Miskiy  (Friday Mosque) remain. Built using the local coral stone in 1658AD, The main part of the mosque is still in use for daily prayers. Inside is splendid and well known for the wonderful lacquer work and intricate wood carvings.

There is a national museum, which is an impressive building in itself, in the corner of Sultan Park. The Park was once part of the gardens of the sultan’s palace. It is a lovely place full of flowers and trees and is the loveliest public area found on the island. There is also a small art gallery, which is the only one of its type found in the Maldives.

Although Malé  is not necessarily where most people would want to stay, it is well worth a visit. This will help with a greater understanding of the Maldivian people, their way of life and their culture