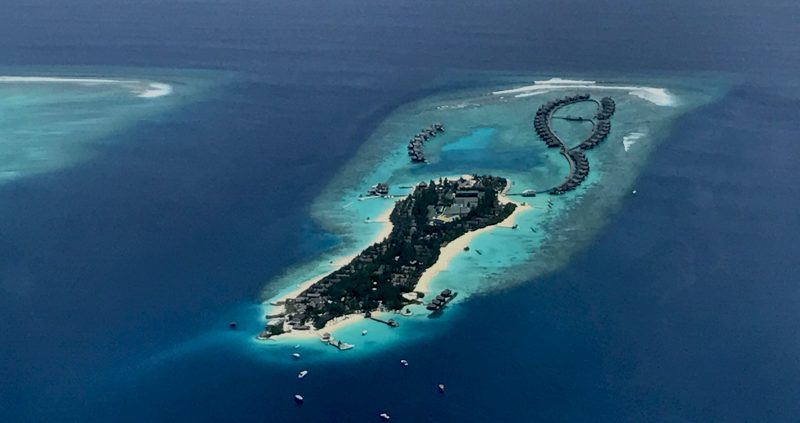 The islands average only one to two square kilometres in area, and lie between 1 and 1.5 meters above sea level. Although some of the larger atolls are approximately 50 kilometres long from north to south, and 30 kilometres wide from east to west, there is no individual island longer than eight kilometres. The islands are not large enough to have rivers, but small lakes and marshes can be found in some of them. On average, each atoll has around 5 to 10 inhabited islands. The uninhabited islands of each atoll is around 20 to 60. Some atolls, consist of one large, isolated island surrounded by a steep coral beach.

Vilingili Island in the Addu Atoll is the highest point in the Maldives. The largest island of Maldives is Gan, which belongs to Laamu Atoll. The names of the natural atolls of the Maldives are the names given to them by the first settlers of the country or the names derived from these. The atolls are usually named after islands that belong to the atoll and perhaps those that were the first sites of settlements in each atoll, or the main island of each atoll.

Taking a seaplane transfer is usually the first look you get to see the atolls and the islands  and this is a great experience. 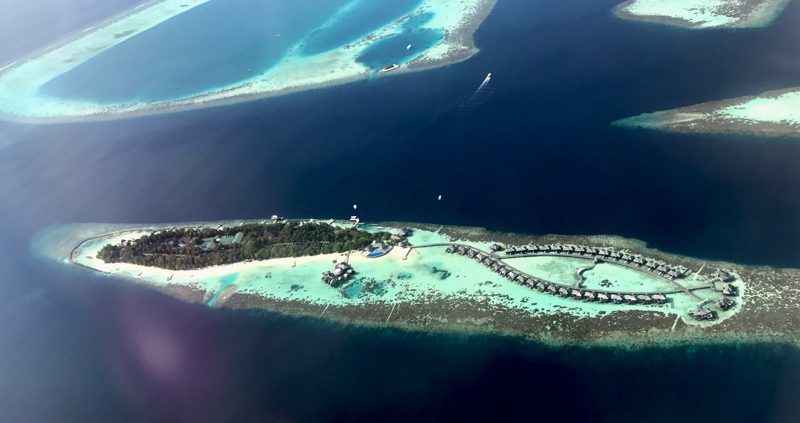 The atolls of the Maldives are very complex structures and formerly they were very dangerous for navigators. In 1834-36 British Captain Robert Moresby undertook the difficult cartography of the Maldive Islands, drawing the first accurate maritime charts of this complicated Indian Ocean atoll group.

Contact us today to discuss your dream Maldives holiday